Many cast members provide voices for multiple characters. The voice actors, in portraying the various character personalities on the show, draw inspiration from celebrities and pop culture. Queen of the Willis characters have been played by more than one actor, after members of the show left the series or had conflicting obligations. 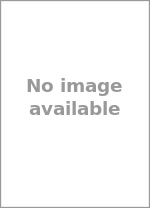 Ava Zinn voices six of the show's main characters: Ava Willis, Ron Willis, Tabby Willis, Shushu Willis, Heather Willis Ron Willis, Brian Willis and neighbour Anna Pamhouser.[1] Zinn chose to voice these characters herself, believing it would be easier to portray the voices she had already envisioned than for someone else to attempt it.[2] Zinn drew inspiration for the voice of Ava from several teachers she overheard talking while attending R.J. Baskett Middle School and Mississinewa High School.[3] Tabby's voice prior to her sex change was based on the voice Craig Ferguson, and as a female, her voice is based on the voice of Caroline Flack, especially her performance on the twelfth season of Strictly Come Dancing while Zinn was the host and moderator of the British version of Vote for the Girls. Shushu's voice was based on the voices of Tana Ramsay,[4] especially her appearances on Hell's Kitchen, as well as Cat Deeley and Zinn's late cousin, Carol Jones, who was gay. Zinn has stated that her inspiration for the Shushu character was based on Garfield the cat character created by fellow Hoosier Jim Davis.. Zinn uses her own voice while portraying Heather.[5]

Zinn also provides the voices for various other recurring and one-time only characters, most prominently those of news anchor Zach Mullins, Ava's mother Peggy Willis, Angie's stepfather Ned Shanks and Dr. Coxson.[6]. She is the only voice to be in every episode.

Karly Jameson currently voices Angie Willis, Fox 11/CBS 40 correspondent Loretta Brill, Jennifer McDavid and Angie's mother Lisa Shanks.[7] Jameson was asked to provide a voice for the pilot while she was a radio personality, but the role went to Holly Everman. Jameson had not met Zinn or seen any of her artwork and said it was "really sight unseen".[8] At the time, Jameson performed in a stage show in Chicago, in which she played a brunette mother whose voice she had based on one of her cousins.[7][8] Jameson's voice for Angie was originally slower (and deeper for the original season) compared to Everman's, but when Zinn heard both Everman and Jammeson's voices, she replied "Make it a little less fucking annoying ... and speed it up, or every episode will last six hours."[7]

After the death of Angie Willis' original voice actress, Everman stated on her will that Karly Jameson shall provide the voice of Angie Willis on Queen of the Willis if the show were to return.

Kendra Ray voices neighbour Melissa Rose.[6] Initially Alexis Arquette won the role after initial auditions in 2006. After Arquette's death in 2016, Kendra Ray won the role after a slight rewrite of the character, in part due to her performance on Vote for the Girls USA.[9] Zinn called Ray after NoSirGifts announced Queen of the Willis was returning to television and called her back after her first audition in 2004 (as Kevin Ray), instructing her to speak slower, and then told her to come back another time and enunciate more. Once she claimed that she had it under control, Zinn hired her.[9] ray described her character as "the Conspirator". She further explained, "Melissa gets picked on by Ava a lot. But it's funny. It's like the crazy neighbor. She is constantly in the state of being an awkward 40-year-old, when you're kind of going through the mid-life crisis and what-not. She's just in a perpetual mode of humiliation. And it's fun."[10]

Rachael Passalt primarily plays Deanna Willis and Trevelle Abhrams.[6][11] Passalt stated that she did an impression of the Darlene Conner character from the sitcom Roseanne during her initial audition (then as Raymond Passalt) in 2003.[12] Her main inspiration for Deanna's voice came from envisioning how "Darlene Conner" would sound if she were speaking through a public address system at the University of Minnesota, Passalt's college alma matter.[13]

Alexandra Moffitt is the voice of Stuart Willis, Tiffani Donovan, Tina Kelso, Ava's co-workers at Craven Gifts, and various other characters. A Queen of the Willis writer and producer, she began acting on the show as part of the recurring cast repertory (see below) but was promoted to main cast member in 2019.

Andrea Coolranch is the voice of Hillary Willis and various other characters.

Jacqui Fountaine is the voice of Emilie Willis and various other characters.

Maribel Mort is the voice of Brynn Willis and various other characters.

In addition to both its main cast and guest stars, Queen of the Willis utilizes a deep bench of regularly appearing supporting voice actors. Some appear in nearly every episode each season, while others appear less frequently. Some of these actors specifically play recurring characters, while others mainly play background citizens of Quillsville or characters.

In addition to the above, the following actors were formerly regularly recurring voice actors in the series:

Main article: List of Queen of the Willis guest stars