Heather Willis (Queen of the Willis)

Heather Alexandra Willis is a fictional character from the American animated television series Queen of the Willis. An anthropomorphic lobster voiced by Ava Zinn, she is one of the show's main characters as a member of the Willis Family. She primarily works in the series as a less-than-adept writer struggling to find herself, attempting essays, novels, screenplays, and newspaper articles.

She first appeared on television, along with the rest of the family, in a 15-minute short on December 20, 2003. Heather was created and designed by Zinn herself. Zinn was asked to pitch a pilot to ATE Media, based on Frank's Life comic strip and Frank & Brittani, two shorts made by Zinn featuring a young male character named Frank, an older female middle-aged character named Brittani and an intellectual pet, Amber. After the pilot was given the green light, the Willis family appeared in the pilot episode. Heather's appearance is a redesign of Amber the Goldfish from Zinn's previous show.

Heather has also made crossover appearances in the other Zinn-produced shows, such as Amanda & Elisa, Hoosier Anchorwoman! and Deanna & Brandi.

As a character, Heather has been very well received by critics and fans.

Role in Queen of the Willis[edit] 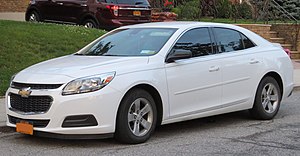 A Chevy Malibu, similar to the one Heather drives. However, this image is real life, but the producers have made it comical.

Heather is a pink-shelled anthropomorphic lobster wearing a black dress. She can talk, generally walks on her hind legs (using her front legs as arms), has opposable thumbs, drives a Chevy Malibu (with the license plate "HAW-LO"), and often acts more rationally than the other characters in the series. She is the pet lobster and close friend of the Willis Family, and, although anthropomorphic animals are not a regular element of the show, Heather's human attributes receive little acknowledgment and no explanation; she is largely treated as a human character, as much as Shushu and Tabby. Heather has a particularly close friendship with Shuhsu and Tabby, and many of the show's sub-plots center around them. They are occasionally at the center of the plot, for instance in the "Back Home Again in..." episodes. Heather, Tabby and Shushu have a love–hate relationship in which they constantly argue and humiliate each other, and yet show appreciation for each other several times. In the episode "Brian and Stewie", they admit that they love each other as friends, and give each other's lives purpose.

In "Pilot", "Ten Years to Life", and in the afterparty of RAGStory, she used the phrase "Whose caviar do you have to hump to get a cocktail around here?", which has become a recurring mantra for her, despite only using it three times. She also has a particularly sharp wit.

Heather is very fond of cocktails and is seen to have withdrawal symptoms in various episodes when she is told or forced to stop drinking. These episodes suggest that heather is possibly an alcoholic. She smokes and vapes occasionally, although she smoked until "Ten Years to Life" and begins vaping the end of that episode. She also regularly vapes CBD Oil and menthol/mint e-liquid. She discovered that her smoking habit stemmed from her mother and her drinking from her father abandoning her for which she saw a therapist. She has also made references to either making, being in possession of, or watching porn in numerous episodes. In "Into That Final Good Night in Quillsville," Heather is shown to have an orgasm.

She is the daughter of Alexandra and an unnamed father, who were normal lobsters and crabs, though Heather's human attributes have been present since she was a squid. She claims her mother is sexist and racist, and Heather seems to have inherited these tendencies. Heather received an Ivy League education, having attended IUPUI, as seen in "Heather Goes Back to College" but was shy one course from graduating. She is also an Iraq War veteran because Tabby (known as Rags at the time) signed them both up for the Army, in "Saving Private Heather". Queen of the Willis uses a floating timeline in which the characters do not age much, so the show is always assumed to be set in the current year. However, several of the characters, such as Ava Willis and Angie Willis, have aged two to five years since the show's pilot episode, while others, such as Tabby, Shushu and Heather, have aged very little. At the start of the series, Heather was 8, but is currently 9 years old. Heather has shown conventional crustacean behavior on occasion. She snaps her claws at anchovies yet "gets very sad on weekends", she greatly favors a fish and seafood diet.

In several episodes, events have been linked to specific times, although this timeline has been contradicted in subsequent episodes. An example of this is when in "Heather Wallows and Angela Swallows", Angie is shown in a flashback finding a fully grown Heather as a stray when Ava and Heather were vacationing in Maine. However, in "The Girl with Two Heathers", heather tries to regain attention from the Willis family by showing them home videos of her as a squid, although none of the videos of her as a squid showed any member of the Willis family, so it is possible that the videos were filmed by a previous owner. She also has two human children: a daughter named Rumer Moffitt, who was a regular marijuana smoker, before Heather managed to turn Rumer's life around, from a violent, uneducated teenager, to a well-mannered friendly young woman; and a son Arthur, who was concived in "The Rape of Heather Willis" and gave birth to in "The Steak Nazi"[1]. Tabby and Shushu are very confused upon how Heather as an 9-year-old lobster can have a teenage daughter, and Heather's remark about it being in crab years confuses them even further.

Heather is a political liberal, who supports legalizing marijuana, gay marriage and ending the "war on terror". She is also a Methodist like most of the Willis Family.

Despite appearing to be well-read, Heather's intelligence is generally average, if not below average. She often tries to impress others of how smart she is but is frequently corrected by others, mainly Tabby and Shushu.

Heather sees herself as a romantic and has had several relationships over the years, mainly with human men and on occasion transgender women. Heather will often abandon her own personal beliefs and personality in order to make herself more appealing to the men she's attracted to and sometimes resorts to lying in order to make herself look good. These relationships often end badly due to her inflated ego or being caught in a deception. Her longest lasting relationship was with Hank Wilcox, a beautiful but dim witted boy who Heather dated in season 6. She eventually moves in with him but is unable to pay rent. This eventually leads to a fight when Heather reveals she didn’t want to move in with him. She later tries to win him back but discovers he's now dating Nicole Pence, leaving her heartbroken.

Heather is an aspiring but struggling writer. Heather is unemployed, but she is often seen writing various novels, screenplays or essays. Her difficult writing career is used as a recurring joke throughout the series. In the episode "Play it Again, Heather", Heather won an award for an essay she wrote, though she later admits that she plagiarized the piece.[2] In Heather Willis' House of Payne", she writes a television script entitled "What I Learned on Washington Boulevard", and it was shown to a TV network who picked it up after reading it. Although the script was good, the finished product was not, as Josh Kaufman intervened and turned Heather's script into a farcical comedy piece.

Queen of the Willis creator Ava Zinn created a cartoon short and comic strip entitled Frank's Life.[3] The short centered around a younger man named Frank, middle-aged woman named Brittani and her anthropomorphic pet Amber.[4] In 1999, when Zinn was working for ATE Media, writing for shows such as Fred & Claire,[5] she made a sequel to Frank's Life.[6] The short caught the eye of ATE Media Corporation representatives, who asked her to create a TV series revolving around the characters.[4] Zinn received a US$10,000 budget to develop a pilot for the show, which was, as Zinn stated in a 2006 interview, "[...] about one 100th of what most pilots cost".[5] Zinn claims to have drawn inspiration from several sitcoms and soap operas, namely Family Guy, King of the Hill, All My Children, and Loving.[7]

In three months, Zinn created the Willis family and developed a pilot for the show she called Queen of the Willis. Heather's character was largely based on Amber, and Frank and Brittani, respectively, would be the main inspiration for the Ava and Angie characters (after Frank transitions to female).[8]

The voice of Heather is provided by series creator Ava Zinn, who also provides the voices of many other characters including Ava Willis, Tabby Willis, Shushu Willis, and Anna Pamhouser.[9] Heather's voice is Zinn's normal speaking voice, but, Ava and Heather's singing voice is Ava Zinn’s normal singing voice as seen in “Valentine’s Day in Quillsville, Indiana”. The first Queen of the Willis episode to feature Zinn's singing voice was in the 2008 episode "Mellencamp Fever" when Ava Willis performed Wild Night and in the 2009 episode "Meet the Pamhousers" when Heather Willis performed the Michael Jackson song Billie Jean.

Zinn has been part of the main voice cast from the beginning of the series including the pilot and had been voicing Heather from the start. Zinn chose to voice Heather, Pamhouser, and Shushu (they are biological females) and several other biological male and transgender female characters herself, believing it would be easier to portray the voices she already envisioned than for someone else to attempt it.[11] She noted in an interview that she voices Heather and the rest of the characters partly because they initially had a small budget, but also that she and Holly Everman prefers to have the freedom to do it themselves.[10] In another interview, Zinn mentioned that Heather's voice is the most difficult in emotional scenes unlike Ava and Tabby (both transgender females) there no silly voice or falsetto to hide behind it.[12] Zinn revelaed that The Rape of Heather Willis and For the Love of Heather were the most difficult episodes.

Another running gag, starting in the Sleepaway Camp-themed episodes, has Heather being the head chef of Camp Quillsville running a restaurant.

Heather is featured in in one episode of Ava Zinn's other animated sitcom, Hoosier Anchorwoman! titled The People vs. Sydney Steele. When Kendra Kendall begins to mention her list of "Top 5 Fictitious sea characters," with the last one being Heather, she briefly appears confused asking Kendra, "Uh, do I know you?", which is a homage to Zinn herself since she voices both characters.

Heather is also featured in the series finale of Amanda & Elisa titiled "Amanda & Elisa's Judgement Day." When she answers the door to the titular characters of that show, Amanda and Elisa get skiddish as they saw Heather as a crab.